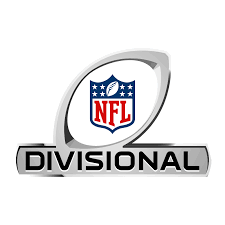 We are down to 4 teams going into Sunday’s Championship Games, and 3 of the remaining 4 teams have QB’s no one guessed could be Super Bowl Championship. Nick Foles, Blake Bortles, and Case Keenum have an opportunity to make their mark on NFL history as a Super Bowl winning QB. Either that or Brady wins again, yay…(Punches 3 holes in wall and scream a horrible curse word at 2 AM in the morning in college apartment building). Before this Sunday’s matchup, let’s go over how we got here in this week’s breakdown.

Seriously Atlanta, you probably have the easiest of the NFC playoff teams because their would’ve been MVP candidate QB is on IR and you managed to lose by only scoring 10 points. Didn’t you have any offensive fire power in Matt Ryan, Julio Jones, and Devonta Freeman. Even you secondary options include Tevin Coleman and Mohamad Sanu. Teams would kill for this kind of talent and you scored only 10 points. Shame on you Falcons. I really don’t want to see the Eagles make the postseason, as I think they’d get run over by the AFC representative. By the way…

This looked like an upset in the making for all of 1 quarter, and then New England dismantled the Titans for the rest of the game in this embarrassing end to the Titans season. I’m all for upsets in the postseason, but there are certain teams that have too many flaws to make a deep run. This means that a Wild Card upset by one of these teams will lead to a game like this later down the road. This Titans team didn’t have the talent to even have a chance to survive New England or even half of the playoff field. Kansas City did, which makes this result disappointing from a postseason standpoint. Well it looks like we’re going to get Patriots vs. Steelers like everyone expected, BUT WAIT…

TJ Watt is never going to hear the end of this from his brother. The Jaguars are in the AFC Championship game, lets just think about that for a second.

That’s how weak the AFC has been all year, and hopefully the draft will help create more contenders in the mediocre conference. But back to the Jaguars, credit goes to the Jaguars Defense and Leonard Fournette for putting pressure on the Steelers early and often. They made Ben Roethlisberger need a perfect game and while his numbers were outstanding (469 yards and 5 TDs) his two turnovers led to points that decided the game for the Jaguars. I hope Jacksonville puts up a fight against New England, as only Patriots fans want another Patriots Super Bowl. This upset would’ve been the top story of this weekend had it not been for…

HOLY CRAP WHAT AN ENDING! MOVE OVER (insert relevant plot driven TV phenomena here) AMERICA’S MOST SURPRISE ENDING GOES TO THE MINNESOTA VIKINGS. In a game the Saints seemingly locked up with a late TD, it was 3rd and 10 on the Vikings 39 yard line with 10 seconds left when the Saints Defense completely blew their coverage on a Stefon Diggs catch and that set up him to go the remaining distance with no one threatening to stop him. Its important to note that if they didn’t blow the coverage, Diggs would’ve likely have gotten out of bounds to force a 50 yard field goal, so even doing things right might’ve led to a similar outcome.

Case Keenum is likely our best hope for a new champion this season, and with the Vikings fan base suffering for as long as it has I absolutely root for the Vikings the rest of the way through. Now do what Matt Ryan and his high powered offense couldn’t and beat the banged up Eagles for a first time Home Field Advantage in the Super Bowl. 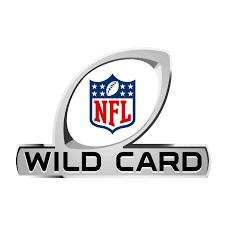 Wild Card Weekend was…Wild. Well, at least Saturday was. Both games led to upsets that shook up the playoff picture dramatically. Sunday outcomes were expected but the journey were unexpected in both Sunday matchups. We are now down to 8 teams eligible to leave this season as champions, technically. Before we enter the divisional round, lets break down this first round of playoff games.

So apparently the Kansas City Chiefs are looking to be the new Cincinnati Bengals of the postseason. Seriously, you had a 19 point lead to a team that was said to be the weakest amongst the 12 qualified teams, and arguably weaker than teams that couldn’t make it to the January dance, and you find a way to blow it. I didn’t know how important Travis Kelce was until he went down and the collapse began. I wish he could void his contract right now, because he would likely get paid a lot more to stay with the Chiefs. This was more of a Chiefs collapse than a Titans victory in my perspective, which makes this a likely win or a BIG trap game for the Patriots.

Despite being the 3 seed, the Rams were probably less likely to make the Super Bowl than the Falcons going into this game. Their passing game and defense were relatively inconsistent all season in which Todd Gurley and their weak division help them make the postseason for the first time since 2004. That being said, the Falcons were out for vengeance from last year, and they have Julio Jones and Matt Ryan. The Rams fate was sealed when they stepped on the field. Don’t get me wrong, they put up a fight… in the first half. Unfortunately, the Rams path to the playoffs next year will likely get a lot harder with the Seahawks and Jimmy G. led 49ers team in their way. At least the Falcons going against the Carson Wentz-less Eagles increases the odds of back to back playoff appearances.

Congratulations to the Buffalo Bills on making the postseason for the first time in the 21st century. It only took you 18 tries to do that, but at least you made it. This game was a defensive struggle from start to finish, with both defenses unwilling to give up a TD until the Jaguars managed to succeed on 4th down in the 3rd Quarter. Buffalo couldn’t respond from there and that should be the end of Tyrod Taylor in Buffalo, as Bills look for a new longer term answer at QB. At least the Patriots are looking like an implosion might be in their future and Tom Brady’s decline in play late in the season could be a tell-tale sign that the AFC East is more wide-open than anyone thinks next season. On the other hand, the Jaguars will play the Steelers next week, in a game that is only competitively interesting because the Jaguars managed to beat the Steelers in Week 5. Its more and more looking like Pittsburgh vs. New England is inevitable after this weekend.

If only NFL games ran for 65 minutes rather than 60 minutes and a different outcome might’ve been actualized. The Panthers made the postseason in a very difficult NFC South that 2 of their rivals earned more than 10 wins in the regular season and now have to face one of their rivals in a game for the right to play the Vikings next week. The Saints controlled this game in the first half, with surprisingly not much help from Mark Ingram or Alvin Kamara. The arm of Drew Brees put the Saints in a 21-9 lead at halftime and kept the 12 point lead through the 3rd Quarter. The Panther scored 2 TDs in the 4th Quarter, but it wasn’t enough to beat the Saints. Carolina needs to find new receivers in the offseason and look for more consistent defensive playing for this tougher division. The Saints will now take on the Vikings this weekend in a 2010 NFC Championship Game rematch, so there’s clearly no hard feelings or extra motivation for the Vikings to humiliate this team, right? 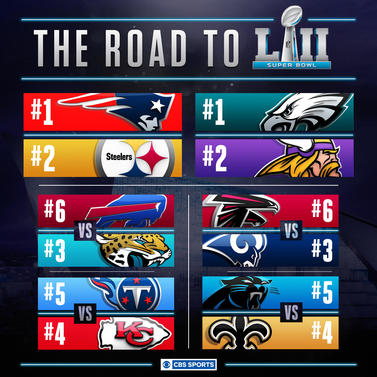 Welcome to Playoff Football Everyone! Time to get on your bandwagons (sorry Packer Fans) Anyways, for anyone who can’t wait until Monday to see their team covered in the local paper (Does Anyone Read Those?), here are my Wild Card Weekend, Monday Headlines.

Note: I know there’s a Sunday Paper for Saturday Games. There you go, I’ve saved myself from comments below…Aww.

Tennessee Titans vs. Kansas City Chiefs: Still In The Hunt

Welcome to NFL Week 17 Sunday, w most of you have been waiting for all season long. Destiny’s will be fulfilled, Dreams will be crushed, and teams who’ve fates have already been revealed can spoil the course of football present for some unfortunate franchise. 9 Teams have already locked their spot in someway or another, while 17 franchises have come to accept that today ends their 2017 season. By 8:00 PM (Which is early, but unfortunately necessary because no matchup is guaranteed to be meaningful no matter the other outcomes), we will know who is playing who during next week’s Wild Card matchups, who’ll be getting a beneficial rest for the upcoming matchups (technically only 1 other team has not yet be determined for this. Patriots, Steelers and Eagles have already clinched their respective “winter break”), and which fans will be jumping ship in January for their respective playoff bandwagons. I’m not going into seeding for teams already in the postseason because honestly very little changes between 1 and 2, along with 3, 4, and 5. There are small advantages in those groups, but nothing the average fan needs to concern themselves with. I’ll be covering the Ravens, Titans, Bills, Chargers, Falcons, and Seahawks scenarios and potential outcomes. I’m not including ties in these outcomes because it’ll be unlikely you’ll need to know the scenarios. News Flash: Teams Don’t Play To Tie, They Play To Win…Or Draft.

If a tie becomes a reality in any of these WC scenarios, I’ll apologize and cover it on Twitter (@UltimateFumble) to make everyone aware of the possibility. If 2 outcomes mentioned apply, the more detailed outcome and/or the outcome listed higher on the team’s respective list applies. Here We Go.

None of Above Happens: It’s 28-3 All Over Again, As It’ll End the Season in Disappointment.

Loss to Cardinals: Legion of Losers, Season’s Over

None of Above Happens: 6 Seed

Was That So Hard? Didn’t Think So. This is Basic Math Compared to the AFC. Ready, Here We Go:

None of Above: 2017 Season, Nevermore

LAC Loss + BUF In: No Miracle For You, Season’s Over

BUF Loss To Dolphins: Fish Squished You, Season’s Over

BUF Win + TEN Loss + LAC Win: You Did This To Yourselves, Season’s Over

LAC Loss To Raiders: Black Hole Sucked You In, Season’s Over

None Of Above Occurs: 6 Seed

That’s The Best I Can Do, So Enjoy Your Week 17, Happy New Year, and By God Please Buffalo End The Drought!!! Oh Right…I just explained how they don’t control their own destiny. Well, in that case, Don’t Blow It.